How green is my valley? Mining of magnesite and production of magnesia in Liaoning province has been severely hit by a combination of very limited provision of explosives for mining and environmental inspections leading to plant closures. Chimney tops of CCM shaft kilns just visible in middle distance, while in far distance are ranges of exploited hillside deposits of magnesite.

Just when traders thought they could breath a sigh of relief as China waved goodbye to export quotas on 1 January 2017, along comes a double whammy set to impact supplies of magnesia, bauxite, brown fused alumina, fluorspar and other minerals for the rest of the year and likely into 2018.

As IMFORMED reported in May 2017, robust government anti-pollution measures reaching out across the country’s mining industry had prompted the closure of many magnesia calcination and fusion plants in Liaoning province, China’s centre of magnesia output (see Magnesia maelstrom in China: Newsfile Report 31 May 2017).

This led to a squeeze on material availability and concern over the future of China’s production capacity situation for not only magnesia supply, but that of bauxite and brown fused alumina (BFA).

By early June a few operations had returned to production after having met environmental protection measures.

However, it now seems that the supply situation has hit a critical point in shortages, and for magnesia new reforms involving state control of supply hinted at during IMFORMED’s MagForum 2017 conference in Krakow may now come to pass.

Compounding the issue of plant closures due to environmental inspections has also been the government’s strict control over allocation of explosives for mine blasting, ie. a significant lack of dynamite has seriously curtailed magnesite ore extraction and thus feedstock to caustic calcined (CCM), dead burned (DBM), and fused magnesia (FM) plants.

The catalyst for China’s zealous anti-pollution move was late last year on 12 December 2016, when China’s State Council released a national plan on environmental improvements for the 13th Five-Year Plan (2016-2020), detailing tasks to clean up polluted air, water and soil.

The plan sets out objectives for a more environmentally friendly way of living, considerable reductions in major pollutants, effective control of environmental risks, and a sounder ecological system by 2020. Also included are eight obligatory environmental quality targets in the five-year plan for the first time.

As soon as festivities for the 2017 Chinese New Year concluded, on 1 February, the Liaoning provincial government started to carry out initial, but not too strict, environmental checks on industrial facilities.

On 5 April 2017, China’s Ministry of Environmental Protection (MEP) announced what was claimed as the largest national-level inspection on record, with more than 25 cities in north China facing a strict one-year inspection over air pollution prevention.

Some 5,600 environmental inspectors were sent to Beijing, Tianjin, and 26 smaller cities in the Beijing-Tianjin-Hebei region and nearby areas to check on implementation of pollution control targets and emission standards.

Duties included inspecting the investigation and closure of polluting businesses, the seasonal reduction or halting of production in certain industries, and the installation and operation of pollution monitoring and control devices. 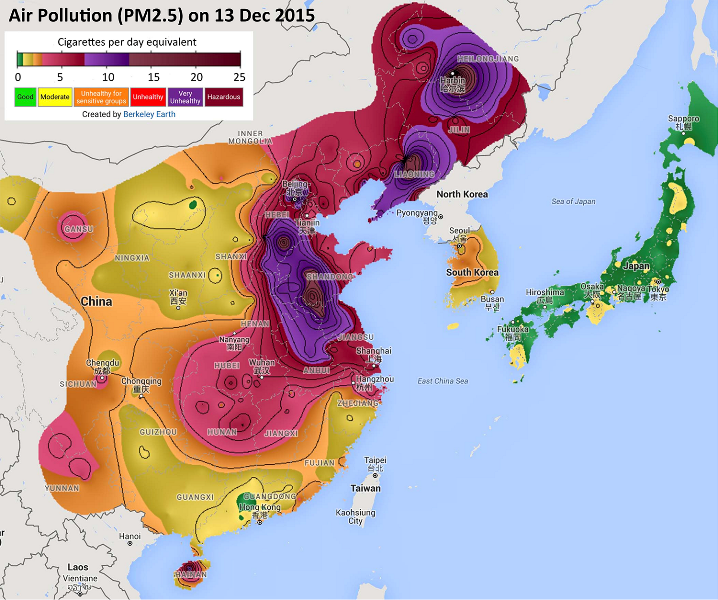 In Liaoning, inspections were intensified from 25 April with the central government sending in an eight-man environmental inspection team. This led to almost every CCM/DBM/FM plant in the Dashiqiao-Haicheng-Xiuyan area ceasing production until 28 May, with only limited restarts.

Small wonder that magnesia supply shortages started to concern traders and consumers both in China and overseas with claims of up to 95% of magnesia production in Liaoning impacted.

Although the inspection team left Liaoning at the end of May, with the exception of just a few, most magnesia producers were still unable to resume full operations.

Only those with both environmental protection equipment (mostly related to de-dusting) and official environment protection certificates have been able to resume production (such as Haicheng Magnesite Refractory General Factory Co. Ltd and Dashiqiao Huasheng Refractory Material Co. Ltd in early June), and even this was reported to be limited to milling/sieving/crushing, no calcination as yet.

It is understood that the central government will send its environmental inspection team back to Liaoning province on 15 August, staying until the end of the month in order to re-assess mineral processing facilities and approve those which have met the environmental protection standards, and thereby give permission to resume production.

Earlier in the year it was reported that all magnesia companies in Yingkou must comply with new environmental standards by 30 September 2017 or face threat of closure.

Owing to these plant closures (and lack of explosives for mining – see below) any fresh production of CCM/DBM/FM has all but ceased.

The anti-pollution drive has affected mineral industries beyond magnesia.

Last week it was reported that 73 Chinese titanium dioxide feedstock plants, about 16% of China’s total production capacity, were permanently closed by the government because they still could not meet the environmental requirements over a period of 12 months.

The upshot is that Chinese TiO2 feedstock prices have increased markedly.

Similar closures have been reported in China’s rare earths, barite, and bauxite sectors.

In Taigu county, Shanxi not one plant met government-set environmental standards and all are now closed until they do.

Most bauxite rotary kilns in China were shut down indefinitely in May. As in Liaoning, they can only re-start after inspection and permission by central government inspection teams. This has contributed to a constriction in supply of bauxite and brown fused alumina (BFA).

There are two further factors which are contributing to a significant short supply of calcined bauxite.

Firstly, many of the miners subcontracted by Chinalco (owner of nearly all the bauxite mines in Shanxi and the larger ones in Henan) which traditionally supply the best mine-sorted raw bauxite grades to the calciners, have been closed the government.

Secondly, there has also been a series of closures of unlicensed bauxite processing and trading companies, which serve mainly the export market, such as those that proliferate the Xingang port/Tianjin area.

These plants have been closed owing to their lack of business licence, VAT registration or payment, and environmental permits. It is felt unlikely by some that they will ever restart.

Thus, Chinese bauxite is in short supply, with very limited stocks and production, and rising prices with demands of cash in advance payment only.

BFA supply started to tighten at the end of 2016/early 2017 owing to MEP closures of plants in Henan. The situation eased somewhat in April 2017 as plants re-started production with installed environmental equipment.

It is estimated that around 70% of furnaces are probably working in Henan, but only 50% are working in Guizhou.

However, supply of calcined bauxite for fusion plants is now tight and prices are rising, with the prospect of further MEP action compounding the situation.

Bauxite calciners in Sanmenxia, Henan, the main supplier of calcined bauxite, up until now have been running on coal gas, but this is expected to end shortly and disruptions may occur with the move to natural gas.

Those bauxite calciners which have already switched to natural gas have experienced a consequently much higher cost, especially with electricity price rises, 45-50 % of their cost is electricity. 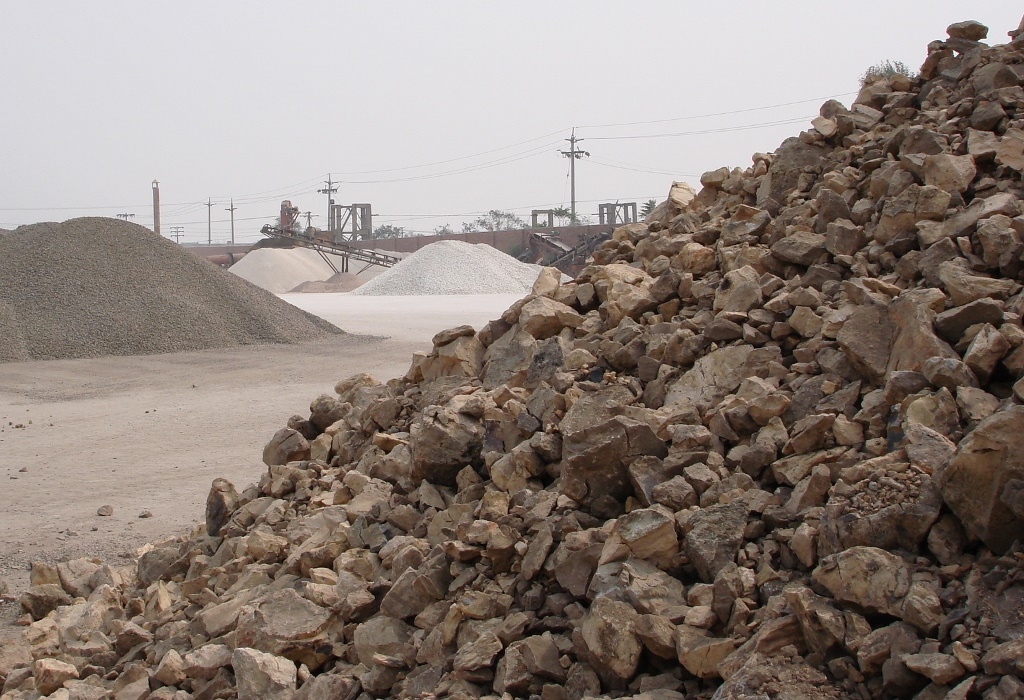 A typical refractory mineral processing operation in Tanggu, Tianjin, receiving raw minerals such as bauxite, kaolin, flint clay for crushing and grinding prior to export from Xingang port. Many such facilities face closure following government inspections.

From 1 February 2017 the central government began to control the supply of explosives for mining, and then officially banned the supply of all explosives within three days of the start of China’s National People’s Congress (NPC) and Political Consultation Congress (PCC) on 3 March.

Supply resumed in Liaoning during the second week of June, but apparently to just four nominated mining companies.

Sources in China revealed that explosives are available in the Dandong district, in limited quantity in Dashiqiao, while there is none available in Haicheng and Xiuyan districts. Although some mining can conducted without blasting, most magnesite deposits in Liaoning require drilling and blasting.

Some of the larger magnesite producers have large stocks (>1m tonnes crude ore) which are gradually being consumed in-house by their own calcining plants for their own magnesia production as a first priority.

Owing to the now common practice of not retaining surplus raw material feedstock, independent magnesia plants (ie. not integrated with a magnesite mine) are falling into a critical situation where they are running out of raw material.

The upshot is that magnesite ore is in short supply to Chinese magnesia plants, its price is rising (from US$9-10/tonne to US$40/tonne for domestic users), and as a result Chinese magnesia prices are also rising: for example, magnesite hard burned 90% MgO lump FOB from US$156/tonne in November 2016 to US$330-370/tonne mid-2017.

In Liaoning it is understood that miners are hoping for a resumption of explosives provision at best by September 2017, or mid-October following the 19th National Congress, and at worst, by March 2018.

The problem here is that even the best case scenarios translate to maybe only a maximum two-month period of drilling and blasting before the seasonal closure of mining operations during the winter period of December to March.